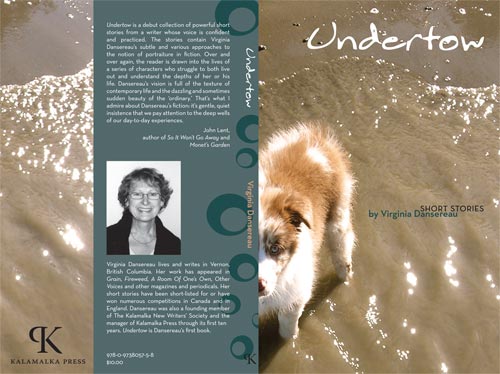 Virginia Dansereau (B.A., B.ED) began her career as a teacher, but veered into her life-long dream to become a writer while taking a course titled, “Teaching Children to Write” (University of Saskatchewan, 1986). This led to a fury of poetry and short story writing as well as becoming one of the founding members of Kalamalka Press at Okanagan College.

Virginia completed a book of short stories, titled Undertow during her first studio stint in 2008 (Juul’s studio). Currently, she is editing a novel titled The Homecoming and is continuing her series of Caetani poems in the salone studio.