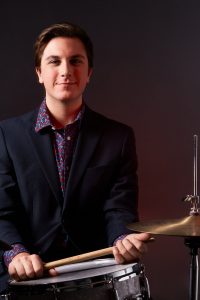 Who will be performing?

The Musical Experience is based on Canada’s 150th Celebration and will take place over the next year commencing this summer on July 1st in Ottawa, the nation’s capital.

Harry Vetro is the recipient of the 2017 special projects music grant with the FMUA (Faculty of Music Undergraduate Association) at the University of Toronto. The purpose of this grant is to record a full-length studio album. In support of the album, Harry proposes to travel across Canada this summer investigating music and culture of Indigenous Peoples in Canada, and to connect with the natural environment of the Canadian landscape.

The purpose of Harry’s trip is to study the importance of the drum in Indigenous culture across Canada, and the connection between the landscape and Indigenous peoples in Canada. His research will influence his practice as a musician and composer. At the end, his explorations and experiences will culminate in six new compositions for a studio album.

He intends to visit specific cities within the six Indigenous cultural areas in Canada: Arctic, Subarctic, Northwest Coast, Plateau, Plains, and the Eastern Woodlands. During this time, he will attend music festivals and powwows to experience and engage in Indigenous traditional music, as well as connect with Indigenous artists. He is excited about visiting the natural wonders of the Canadian landscape (Rockies, Plains, Coastal Regions) and documenting his travels through photography and video. As part of the trip, he would like to participate in an artist residency to assist in composing music for the album. He is open to new ideas, influences or collaborative experiences that may evolve while working with fellow musicians and artists from across Canada. 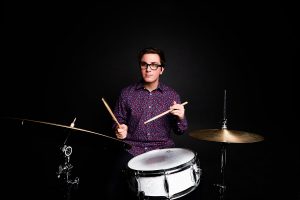 Upon his return, Harry will record a studio album based on his compositions with the participation of local and national musicians. The album will consist of six compositions that correspond to the Indigenous cultural areas in Canada and is intended for all listeners.

Funds from the sale of the CDs will be used to purchase musical instruments to support music outreach programmes for Indigenous youth. The program will offer music enrichment opportunities that will connect students at the University of Toronto Faculty of Music with Indigenous youth. Harry, as a music outreach worker will facilitate music- making experiences, hands on instruction, improvisation and master classes on specific instruments. The community music program will enrich the cultural life of the community and the individual participants by promoting confidence, social and personal growth, and opportunities for youth to enjoy the pleasure of making music.

I am prepared to fund my travels this summer to assist in composing music for this album. This trip is a huge undertaking and I believe it is crucial to visit all six Indigenous cultural areas in Canada to ensure the album is authentic and personal to me. Please consider the importance of this venture and how it will impact aspiring young musicians in Indigenous communities. I would appreciate any form of financial support to help realize my vision. – Harry Vetro