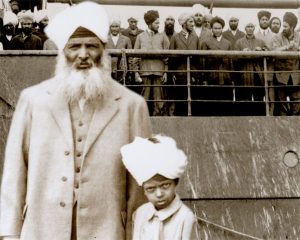 Refreshments and a cash bar will be available.

Continuous Journey (87 minutes, 2004) is an award winning, critically acclaimed feature documentary that has brought to light the little-known history of the turning away of the passenger ship, the Komagata Maru, from Vancouver in 1914.

Onboard were 376 would-be Punjabi immigrants from British India. Most of the passengers were not allowed to land and were forced to return.

Visually innovative, while drawing links between the past and the present, the film offers a vital reflection on the history of race and immigration in Canada.

Since its launch this landmark film has spurred academic research, and inspired other artists and writers. In 2016, following the apology offered by Prime Minister Trudeau in the House of Commons, excerpts from the film were screened at the official reception.

There will be a unique opportunity to have a discussion with filmmaker Ali Kazimi following the film. 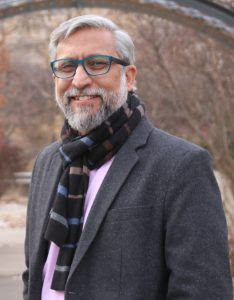 Ali Kazimi is a 2019 laureate of the Governor General’s Award for lifetime achievement in Visual and Media Arts.

Born and raised in India, Kazimi has lived in Toronto since 1983. He is an Associate Professor in the Department of Cinema and Media Arts, York University where he has been teaching since 2006.

In 2019, the University of British Columbia conferred him with a honorary  Doctor of Letters degree.

Where: The Caetani Studio Gallery

Located at the end of the driveway to the right of the Caetani House.