Sveva Caetani documentary makes long-awaited return to the big screen at the Vernon Towne Theatre Nov. 16. Gala event will include art exhibition and sale plus musical entertainment by Neil Fraser and Friends. 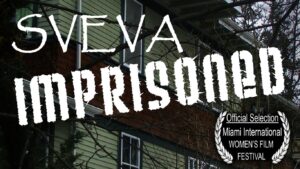 Documentary written, produced, and directed by Jim Elderton tells the remarkable story of artist Sveva Caetani who was trapped by her mother in their Vernon home for 25 years. Proceeds will go to the Caetani Centre’s Bringing Sveva Home Project.

Five years since it was last shown publicly, a documentary about late Vernon artist Sveva Caetani will be making its way to the big screen at the Towne Theatre on Wednesday, Nov. 16.

The screening is a fundraiser for the Caetani Centre, which is now operated as a museum and artist-in-residency space in Sveva Caetani’s former home in Vernon.

Originally titled Sveva, Prisoner of Vernon, Sveva Imprisoned follows the story of Sveva’s emergence as a respected teacher, mentor and artist despite the hardships she endured after her father died in 1935.

Brought to Vernon from Italy by her parents when she was three years old, Sveva was eventually withdrawn from society due to her mother’s grief and mental illness. Secluded from the world, Sveva was not allowed to leave her Vernon home unaccompanied for 25 years.

When her mother died in 1960, Sveva was 43 years old and had to find a way to re-enter society. She had little prospects, having not finished high school, and had little money. However, she was able to find herself a vocation as a teacher and also began painting again – something her mother had discouraged her to do while they were in seclusion.

Sveva Imprisoned made its premiere in 2005, setting an attendance record at the Vernon Performing Arts Centre. It was later accepted into the Miami Women’s International Film Festival. Several versions of the film have been shown since, featuring interviews with community members that knew Sveva and the addition of Caetani family film footage shot in Vernon in the 1930s.

An art exhibition is also part of the film screening.

Seventeen local artists have donated works to be shown in the Towne Theatre lobby starting Nov. 2. The art will be on view and available for sale up to and during the event.

Doors to the Nov.16 Sveva Imprisoned screening at the Towne Theatre open at 5:30 p.m. with the art viewing and musical entertainment by Neil Fraser and friends. Tickets are on sale at the Towne Theatre. Cost is $30. Admission is for Licensed event: 19-plus only. 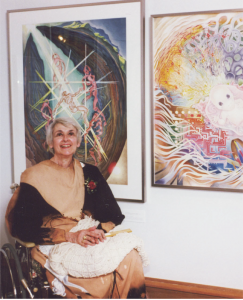 Recapitulation is a series of 47 separate works comprised of 60 unique watercolour paintings that Caetani took 11 years to complete in the late-1970s and through the 1980s. The paintings depict the late Vernon artist’s incredible and inspiring and challenging life story and are loosely based on Dante Alighieri’s narrative poem The Divine Comedy.

In March, 2021, all of the paintings were returned to the Caetani Centre from the Alberta Foundation for the Arts in Edmonton, where they were kept in their archives for more than 30 years, Repatriated to Sveva’s former home in Vernon, which now operates as a museum and cultural centre, only part of the series is currently on display in the Caetani Centre’s gallery.

The Caetani Centre started the Bringing Sveva Home campaign in order to ensure the safety and security of the paintings and also enhance and enlarge the centre’s small 800 sq. ft. gallery in order to display more of this unique collection.