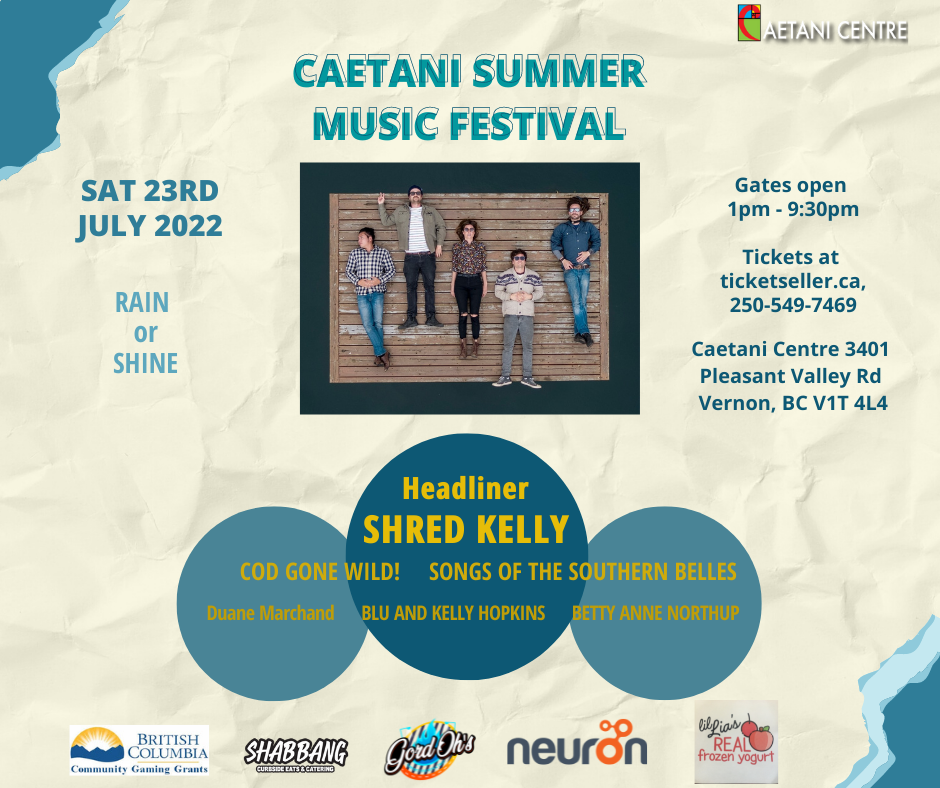 Rain or Shine! Bring a friend!

Mark your calendars and get ready to dance and sing along — Saturday July 23rd our day long festival of music.

The series showcases talent from all over the Okanagan and Canada with concerts taking place in the beautiful setting of the Caetani gardens. 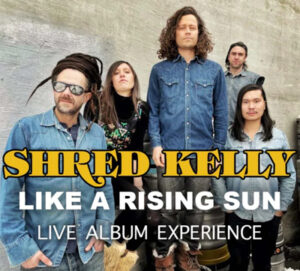 A five piece, alternative folk rock band that emerged from the heart of the Canadian Rockies in 2009. Over the past decade the band have taken their highly energetic live show from humble beginnings on the Canadian ski-town circuit to the international stage.

The band’s striking and energy-packed sound has evolved from their eclectic musical influences and their unique experiences as individuals. Their progressive pairing of acoustic instrumentation with electric counterparts, harmonies, and driving rhythm, continues to develop and reach new heights.

“Influenced as much by old man Leudecke as by Arcade Fire, it is as if Pete Seeger met up with the Smashing Pumpkins for a ski and a jam!” Exclaim

“Arguably the most real, raw, and evocative album of their burgeoning career. (Like A Rising Sun)” — Music Life Magazine

“Like A Rising Sun is an outpouring of explosive, fast-paced, and anthemic folk-rock, which I find incredibly impressive and enjoyable from beginning to end.  Shred Kelly have very quickly become a new favourite band for me, and I highly recommend you give their music a spin.” – Great Dark Wonder

Songs of the Southern Belles

This Celtic inspired band is focused on giving traditional music a modern edge. They blend the varied talents of musicians whose classical, folk, rock and jazz backgrounds fuse together to create a dynamic and unique sound that instantly connects and resonates with audiences. Through their uplifting energy, tight vocal harmonies and remarkable stage presence, they weave together a tapestry of tales that evoke a nostalgic experience of days gone by. 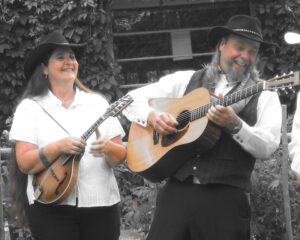 Winners of 2 BCIMA music awards, Blu & Kelly Hopkins are a songwriting multi instrumentalist duo. Focusing on original material, their extensive repertoire lets them blend traditional and contemporary tunes into their show with a dash of humour to achieve an entertaining, exciting, yet mellow brew of good times good tunes!

The couple are a bona fide channel for classic folk, roots and country. Blu demonstrates again and again a deep connection to the lyrics of the greats. Names like Stan Rogers and John Prine float over the campfire when he and Kelly bring their award winning talent to the party.

Duane Marchand is a multitalented First Nations entertainer from the Okanagan Indian Band. He’s an award winning actor, producer and filmmaker but his real love is making music. He is a self taught musician. His vibrant style and velvety voice have made him popular throughout the valley. You can find him busking at the various Farmers Markets around the Okanagan and Shuswap territories. He brings his energy and talent to various events and fundraisers and believes in sharing his skills for a good cause.

Betty Anne Northup (singer/songwriter/musician/recording artist/actor) is an engaging entertainer. She covers rock, jazz, country and folk genres, is at home performing solo, fronting a band or acting and singing in musical theatre. Her professional career began at age fourteen in Montreal. She has performed across Canada and the U.S. and juggles her stage career with a full roster of students coaching singers, actors and songwriters at her private recording studio in the Okanagan Valley of British Columbia.

Tickets are selling quickly, so get yours now before they are all gone. The tickets can be purchased at www.ticketseller.ca or call 250-549-7469.  A limited number of tickets will be available at the door.

Bring your blankets, folding chairs, and even a picnic and enjoy a relaxing afternoon of music presented by the Caetani Cultural Centre.

Food Trucks will be on site.

RAIN OR SHINE and a selection of refreshments will be available for purchase.

Admission proceeds go directly to support the artists and toward programs and events at the Centre.

Parking is not available at the Caetani Centre during events and patrons are asked to park off site in approved parking zones, and to please respect our neighbours by not blocking driveways.